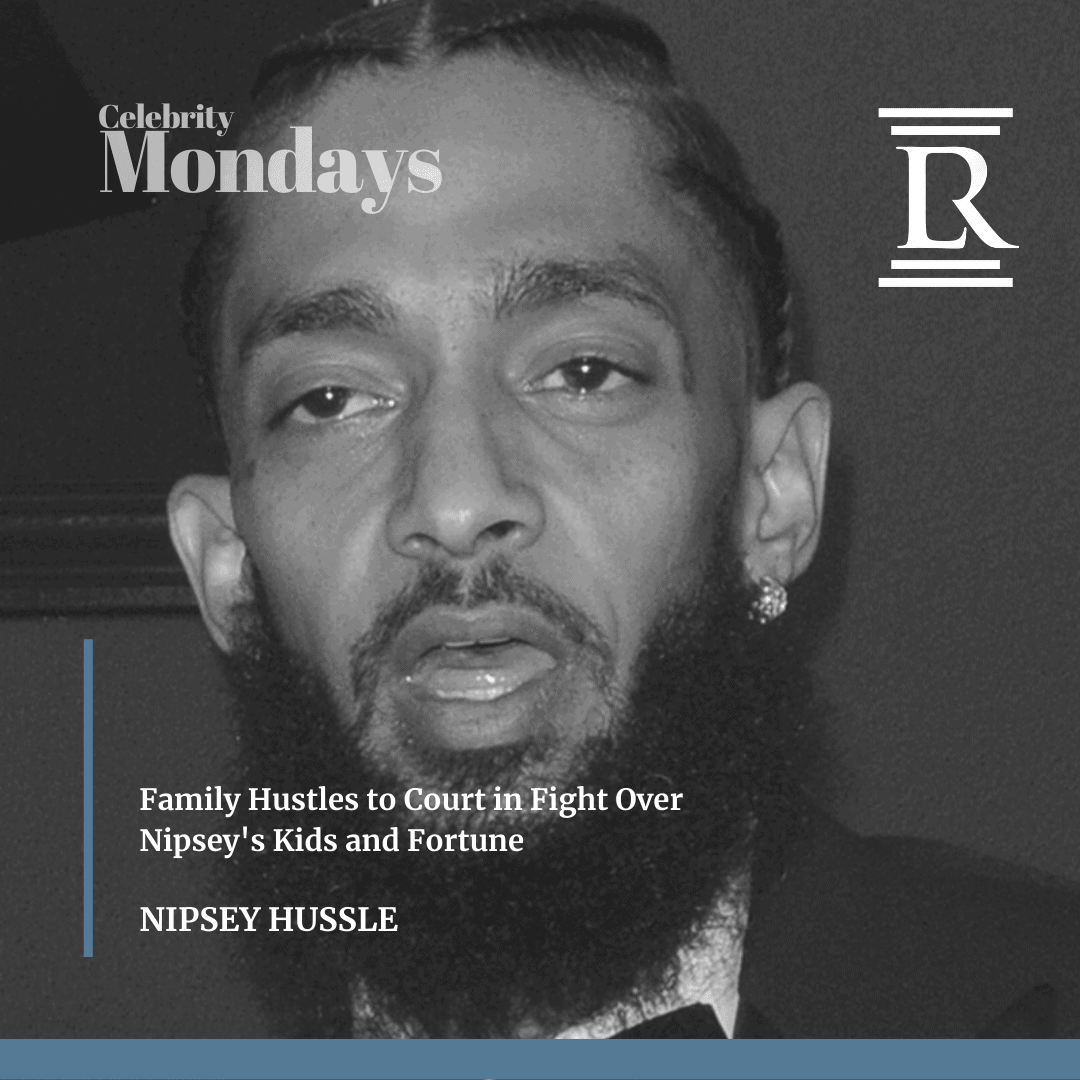 Celebrity Monday: We Can All Learn From Nipsey Hussle’s Failure

In March 2019, Hip Hop artist Nipsey Hussle was gunned down by Eric Holder (no relation) outside of Nipsey’s South Los Angeles clothing store. It was a sad and tragic end to the hip hop star’s life, whose career has just taken off. On this Celebrity Monday we will look at the estate of Nipsey Hussle and learn that failing to have an estate plan if you have young children should NEVER be an option.

Shining shoes at the age of 11 to pay for school clothes, Nipsey Hussle developed an entrepreneurial spirit very young.[i] His work ethic, and dedication to his neighborhood paid dividends. At the time of his death, Nipsey’s debut studio album, Victory Lap had been nominated for a Grammy Award, and he had opened a clothing store located in a shopping center he recently purchased to revitalize the same neighborhood in which he shined shoes decades earlier.

Tragically, his budding empire crumbled in a senseless act of violence.

Nipsey had two very young children – 10-year old Emani and 3-year old Kross. Both children had different mothers. And at the time of his death, Nipsey was unmarried. That meant that his two young children would split his $2 million estate.

So, you can imagine what happened next.

In July 2019, Emani’s mother, Tanisha, pleaded with the Los Angeles Superior Court to not take away her daughter, saying: “there is no good reason my rights as her mother should be taken away from me . . . . Emani and I are inseparable. I am and will always be her mother. . . . I love her with all my heart. I know that she misses me and is wondering why I am not there.”[ii]

In the end, the court awarded custody of Emani to her Aunt and Uncle. The mother lost. Additionally, the aunt and uncle will get to control Emani’s $1 million inheritance.

But is this what Nipsey would have wanted?

In truth, we will never know. He never planned his estate. And his family was left unprepared for what would happen. Ultimately, what should have been a time of grief, turned into a bitter family squabble and very public airing of the family dirty laundry.

Three Lessons from the Estate of Nipsey Hussle

There are three things we can immediately learn from the estate of Nipsey Hussle.

As you can see from the estate of Nipsey Hussle, when there is no plan, even well-meaning family members can cause significant emotional and financial harm to your children. Notice I used the word “plan” not “document.” Having a plan in place is not the same as having documents drafted and signed. LegalZoom is not estate planning.

What Nipsey should have done is consult an estate planning attorney who would have sat down with him and reviewed his options. The petition of Nipsey’s brother and sister allege some pretty serious allegations about the competence of Emani’s mother, Tanisha. These issues were apparently well known and a good estate planning attorney could have created a strategy to avoid the type of conflict on display in the estate of Nipsey Hussle.

First, Nipsey Hussle should have nominated a guardian. Second, his assets should have been placed into a living trust with the estate split into two separate trusts (one for each child) at his death of Nipsey. The nominated guardians should have been named as the successor trustees of each trust respectively.

This would have cut off any financial incentive for other family members to challenge the nomination.

Finally, the guardians should have been instructed regarding exactly where each asset was located and exactly what to do with the children on his death.

As you can see, it is not enough to have documents in place, you need a proper plan and estate strategy to ensure your documents are effective.

In all, the custody battle lasted from April 2019 until October 2019. That means for five months the children had no true legal guardian and no real access to any of Nipsey’s estate. Moreover, even though the custody battle is over, the probate of the estate is still not over. Probate typically takes at least a year, and often longer.

Because Nipsey Hussle did not have an estate plan in place, his estate will go to his children. That is likely what Nipsey would have wanted. But there is a time bomb ticking away with likely unintended consequences.

You see, when Emani and Kross turn 18, they are going to get their $1 million inheritance outright. No strings attached. Would you trust your 18-year old kid with $1 million?

Not only that, but their inheritance is unprotected from predators, creditors, angry ex-spouses, and civil lawsuits.

With a proper estate plan in place, Nipsey Hussle could have provided a lifetime income stream for his children, all the while protecting them from their own bad habits, and protecting their money from judgments, creditors, the potential for drug abuse, and divorce battles.

As your Lifetime Legacy Lawyer, protecting your family is what I do. Over 10-years of practice, I have developed systems and methodologies to protect your estate, your legacy, and your loved ones.

If the worst happens to you, I make sure that your children will never be taken into the custody of strangers. CPS should never have your children at such a traumatizing time.

Your family and your estate cannot afford to wait. I am sure Nipsey Hussle thought that estate planning could wait. He was wrong. I am not saying you will be gunned down in South Los Angeles. But, tragedy strikes all the time. I have seen it in my own practice. Families torn apart by unexpected, unanticipated, and unforeseen events are too many to count.

As a (relatively) new dad, I understand the financial struggles of managing a growing family. But, do not let your own fear and financial strain stop you from being prepared. Atlantis Law has all sorts of flexible financing options available. There is no reason to wait.