My mission is to protect my clients the same way I would protect my own family: through sound legal business strategy, proper estate planning, strategic gifting, asset acquisition, and asset protection. 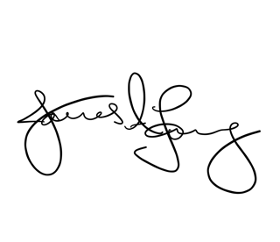 For two years I discerned God’s will for me at the Junipero Serra House of Formation. During my second year at the “Serra House,” it was becoming increasingly clear that God wanted something for me other than to become a priest. So, I left the Serra House. Not more than one week later, I received a letter from the Dean of the University of St. Thomas School of Law offering to fly me to Minnesota to visit their law school. “This cannot be a mere coincidence,” I thought. So, I got on a plane that would end up re-routing the entire course of my life. I landed in Minnesota in April 2007, and never looked back.

For three years I studied law at the University of St. Thomas. My time there was a combination of life-changing, exciting, frustrating, and eye-opening. I came to understand the practice of law not as a mere job, but as a vocation, a unique calling from God ordered to the assistance and betterment of my fellow neighbor.

When I graduated in May 2010, I was appointed as an expert for the Vatican at the United Nations. My official title was “Expert for the Holy See’s Mission to the United Nations.” The “Holy See” is the official name of the Vatican State, I just use the word “Vatican” here because it is the word, with which most people are familiar. As an Expert for the Vatican, I attended the sessions and committee meetings of the General Assembly, and when necessary made interventions on behalf of the Vatican to communicate its positions (usually regarding the dignity of the human person) on various proposed resolutions.

I moved back to California in 2011 and have been practicing law here ever since. I married the love of my life in 2012. We have two amazing young children and live in Eastvale, California.