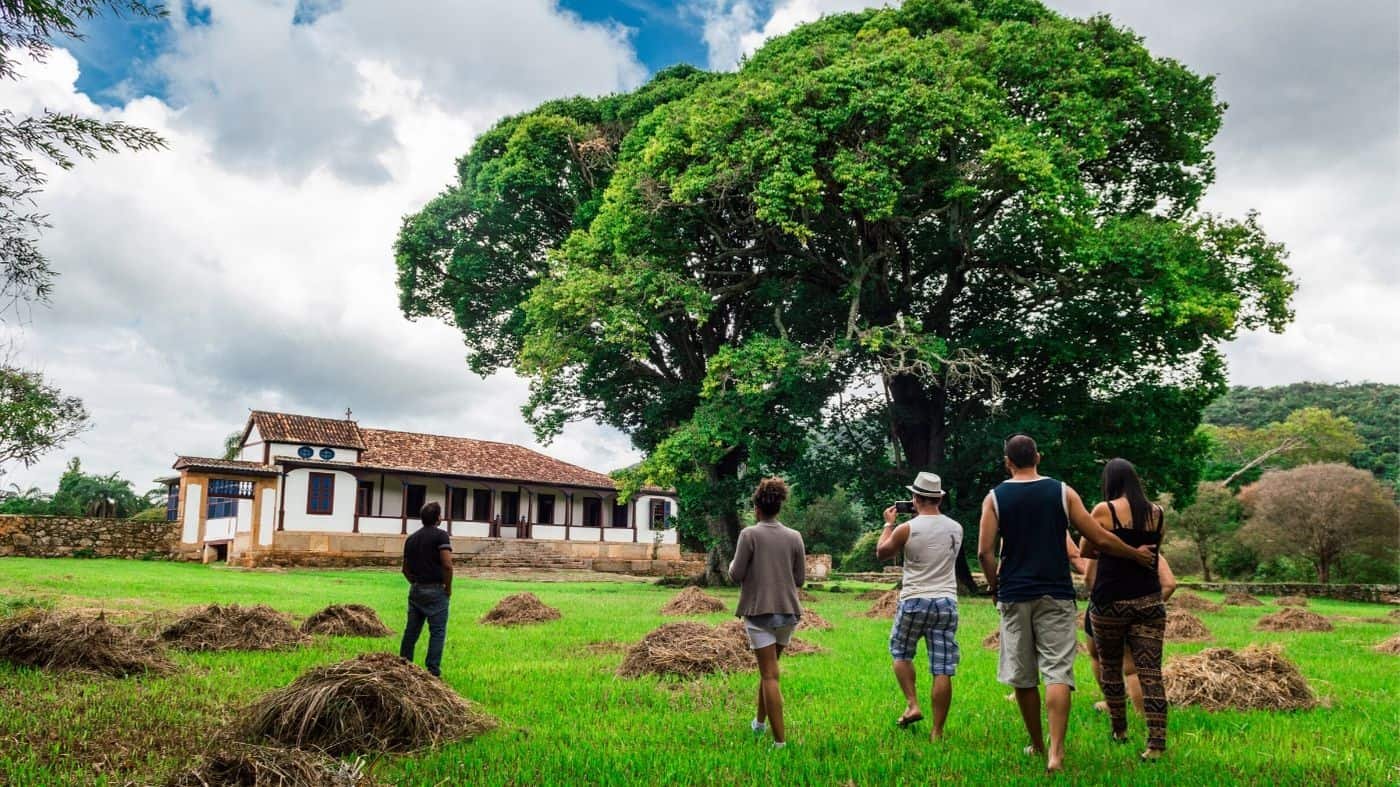 Per Stirpes Definition with Infographic, Charts, and Examples

Distributing an estate “per stirpes” can have a significant impact on how downline generations receive their distributions. If a child dies before a parent, that child’s children may inherit his or her share. But in larger families, this can lead to some pretty surprising and unequal results. In this post, I have simplified the definition of “per stirpes” and provided an infographic, charts, and numerous examples to help you understand what to do if you need to distribute an estate “per stirpes.”

“Per Stirpes” is a method of distributing an estate by preserving each child’s share of an estate for the next generation. Per stirpes comes from the Latin phrase meaning “by the rootstock.” If you have children, then each child is considered a “root” or a “stirp.” When you distribute your estate “per stirpes,” you are distributing it according to each “root” created by one of your children. Therefore, as long as your children have kids of their own, even if they die before you, their “root” will be preserved. Meaning, their children will inherit their share of your estate.

The California Probate Code reads as if the people who wrote it did not understand plain English. I am a professional estate planner. I graduated from law school, earned a doctorate in law, and I can barely understand it. So don’t be embarrassed if you have no clue what it means.

I’ll give you the definition below, but fair warning it is not fun to read.

“when a will, trust, or other instrument calls for property to be taken [per stirpes], the property to be distributed shall be divided into as many equal shares as there are living children of the designated ancestor, if any, and deceased children who leave issue then living. Each living child of the designated ancestor is allocated one share, and the share of each deceased child who leaves issue then living is divided in the same manner.”

There are several important points to unpack. First, per stirpes distribution not only applies to Wills and Trusts but also “other instruments.” What does this mean? It means that it also applies to life insurance, 401(k)s, retirement plans, etc.

Finally, the shares of your estate are divided equally between your kids. Sounds good, right? Most of you would want the same. And if you are reading this, I’m sure your parents wanted the same.

How to Tell if a Distribution is Per Stirpes.

If you are reading a Will or a Trust, you can tell if a distribution is “per stirpes” if it says “per stirpes.” Additionally, in California, the typical language mandating per stirpes distribution says something like this: “to my children in equal shares, by representation.”

Other ways to say per stirpes is to say:

“To my children, by right of representation.”

“To my children, per stirpes.”

“To my children in the manner provided in Section 246 of the Probate Code.”

If one of your children dies before you, and if they had kids of their own, then your estate is still divided into thirds, and your grandchildren inherit their parent’s share.

But, there can be unexpected consequences for a “per stirpes” distribution.

I have provided several examples below to help you understand the definition of per stirpes and what it looks like on distribution.

Example 1: Jack and Jill Went Up the Hill to Distribute their Estate Per Stirpes

For this example and those that follow, we will consider the estate of Jack and Jill. Jack and Jill have a $1,000,000 estate. They have three kids, Bill, Sue, and Bob. Additionally, they have six grandchildren. Chart 1, below, shows Jack & Jill’s family tree.

Jack & Jill diligently created a living trust leaving their entire estate to their three kids. Their Trust says that their estate goes to their “children, by representation.” Therefore, we know it is a per stirpes distribution. Years pass and Jack and Jill die just hours apart. Their three children are all alive when Jack and Jill die.

Chart 2 below shows how their estate gets distributed.

As you can see, the estate gets divided into three equal shares. Each child receives the same 33% of the estate.

But what happens if one of them dies before Jack and Jill?

Per Stirpes Example 2: Bill Dies Before Jack and Jill

For this example, everything remains the same in Chart 1. Jack and Jill have a $1,000,000 estate. They want their kids to receive equal shares, so their Trust distributes their estate per stirpes. Unfortunately, Jack and Jill get sick and are in hospital. Tragically, Bill dies in a car accident on his way to visit Jack and Jill. To add to the family’s grief, Jack and Jill both die a month after Bill.

Chart 3 shows how the estate gets distributed.

As you can see, Sue and Bob still receive their 33% share. Additionally, Bill’s 33% share is preserved and split between his three kids. Although five people inherit the estate, three of them receive $111,111, and two take $333,333.

To add another layer of complexity, let’s see what happens when two of Jack & Jill’s kids die before them.

Per Stirpes Example 3: Bill and Bob Both Die Before Back and Jill

For this example, we assume that everything in Chart 1 is the same. But, this time, both Bill and Bob die in a car accident on their way to visit Jack & Jill. Broken-hearted, Jack & Jill died soon after.

Chart 4 shows how the estate gets distributed.

In this example, both Bill & Bob’s 33% share of the estate gets preserved. Bill’s three kids split Bill’s 33% share, and Bob’s two kids share Bob’s 33% portion of the inheritance. But, even though the per stirpes distribution preserved each share equally, Bob’s kids end up getting about $50,000 more than Bill’s children.

Per Stirpes Example 4: All of the Children Die Before Jack & Jill

In this example, we assume the same family tree in Chart 1. This time, Bill, Sue, and Bob all die before Jack & Jill. The six grandchildren take turns caring for Jack & Jill, who never update their estate plan or amend their trust. Years later, Jack & Jill die. Their Trust still says, to “our children, by representation.”

So, how is the estate divided if no children remain? Just like the other examples, Per stirpes distribution preserves the respective 33% shares of the estate. The grandchildren all inherit their parent’s share of Jack & Jill’s estate, as Chart 5 demonstrates.

You can also foresee a potential problem. Bill’s kids receive $111,111. But Sue’s daughter takes 300% more. This kind of uneven distribution can cause resentment or even provoke one of Bill’s kids to challenge the estate in a lawsuit.

By contrast, this type of uneven distribution will not happen if the distribution is per capita. The topic of per capita distribution is for another post. But to help you further understand per stirpes, Chart 6 below shows how the estate is divided if Jack & Jill’s trust said: “to our children, per capita at each generation.”

Example 5: Per Stirpes Distribution if Sue Dies With No Kids

In this final set of examples, we will consider what happens if your child dies before you and leaves no children. For this example, assume that everything is true in Chart 1, except that Sue has no daughter.

Since per stirpes focuses on the “root” from each generation, to preserve the “root,” you must have children. When someone dies without children, the “root” ceases to exist. Therefore, no one inherits Sue’s share. Instead, her share gets split between Bill and Bob. As Chart 7 Shows.

Example 6: Per Stirpes Distribution if Bill & Bob Die With Kids, but Sue Dies Without Kids

In this final example, we will consider what happens if all three of Jack & Jill’s children (Bill, Sue, & Bob) die before Jack & Jill, and only Bill & Bob have kids.

Just like in the example above, Jack & Jill’s estate is split into two shares: one for Bill & one for Bob. This is because only Bill and Bob had children.

Again, just like in Chart 5, the grandchildren receive unequal amounts, but each “root” receives the same percentage.

Hopefully, you can see that per stirpes distribution preserves each root’s share of an estate. This is important for people who want to make sure that their kids all receive the same. And in the event a child dies before them, their grandkids receive what they would have if no child predeceased a parent.

The infographic below will demonstrate some of the considerations for choosing a per stirpes type of distribution.

If you have read these examples and think, “I do not want per stirpes distribution,” then you must explicitly say “per capita” distribution. California will assume that distribution is per stirpes unless there is specific language stating otherwise.