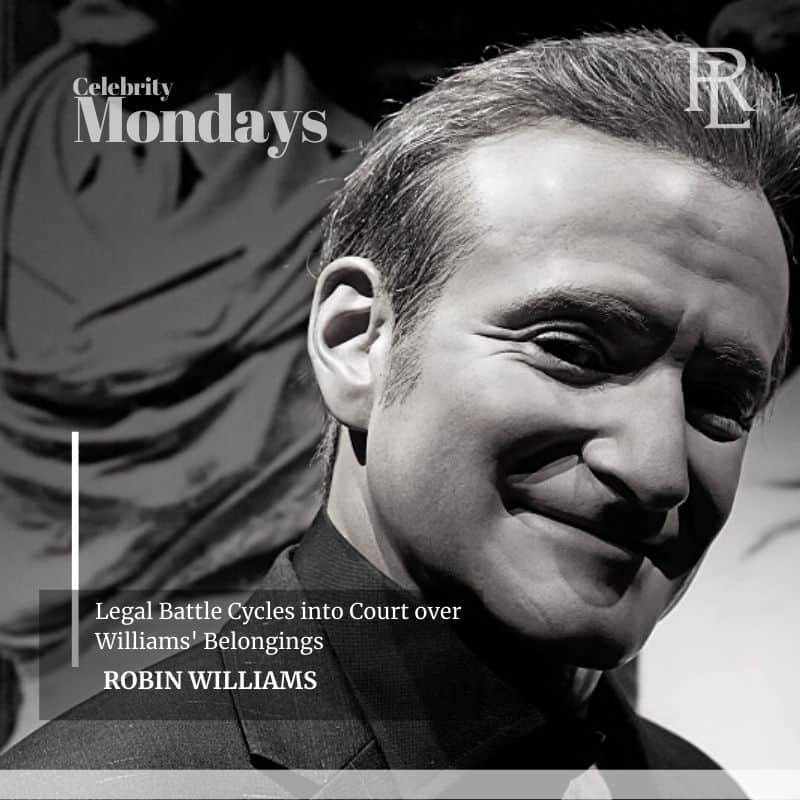 Robin Williams: The Legend. The Icon.

Robin Williams has warmed the hearts of those across the world through his various works and films. Upon his passing, the world grieved alongside the ones he loved. Unfortunately, despite having a trust based estate plan in place, as to avoid any costs and delays affiliated with probate, a vehement dispute arose between his surviving spouse, Susan Schneider, and Williams’ children from a previous marriage, Zelda, Cody, and Zak.

Although Williams’ children stood to inherit millions of dollars, the conflict arose primarily over the distribution of his personal property, since these items were NOT clearly disclosed in the trust Williams created years ago. In this particular case, items such as movie memorabilia, collectibles, and awards he received through his years in the entertainment industry, which were reportedly taken from his residence in Tiburon by his children, where his surviving spouse lived with him. Because she lived with Williams in the residence in Tiburon, she assumed the children would only be entitled to the property that remained on the second property he owned, located in Napa, California.

The heated dispute quickly became well known to the public eye, which would have never happened if a dispute never arose. In court, Susan Williams’ attorney claimed she was only seeking clarification, while the children’s attorney stated that Susan Williams has accused them of stealing from her residence. The court will then sift through documentation to find proof of inventory taken of each item of personal property to assist them in determining how his personal property will ultimately be distributed. Due to the case occurring in San Francisco, California trust and estate law will control the route the case will inevitably take.

Unfortunately, disputes such as this one are fairly common in blended families, especially when accusations are made. However, a well drafted trust or estate plan can clarify to whom the money and other assets should be distributed to. For instance, should the children from a prior marriage receive the assets at the time of your death, or should they patiently wait to receive the inheritance until after the death of your beloved spouse?

Additionally, all terms should be clearly defined when creating a trust or an estate plan, which can be done with the help of a professional. If you are unsure where to begin, or would like to get more information, contact Atlantis Law so we can help you identify the best strategy for your family’s individual circumstances. Set up a comprehensive 2 hour Family Legacy Meeting where we can discuss and answer any questions you may have, so you can protect your estate, your family, and your loved ones, as to avoid any potential conflict or further pain if an unforeseen event were to happen.